\(n\) mathematicians with numbered party hats gather around in a circle... It is a matter of life or death! 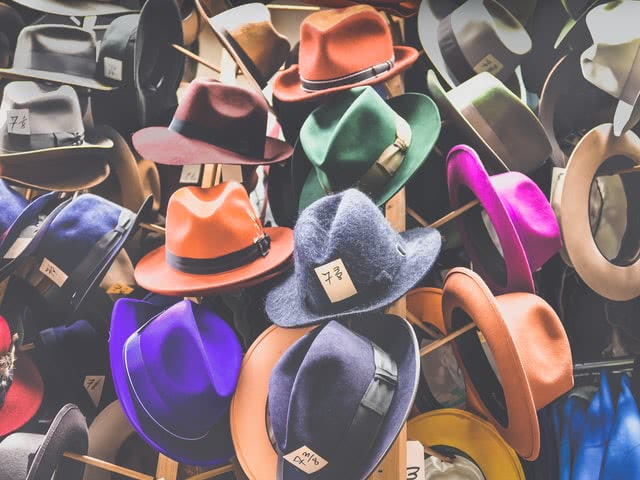 I was challenged to solve this problem by Roger Hui, who wrote about it in [an article][roger-article] a couple of years ago.

After some time, all mathematicians will write down, at the same time, a guess for the number on their own hat. If there is at least one person guessing it right, everyone lives. If no one guesses correctly, everyone dies!

The answer is really interesting and can be formulated in mathematical terms in a rather simple way; after that I will walk you through what the mathematical formulation means with some doodles I drew.

What follows from here is that if \(k \equiv \sum_i a_i \text{ mod } n\), then the \(k\)th mathematician will get its guess right and all other mathematicians will fail.

Why it works (mathematically)

Explanation of the solution

Let us take \(n = 5\) and number the mathematicians from \(0\) to \(4\), starting from the top and going in the clockwise direction. The numbers inside the circles represent the numbers in the hats, that I distributed randomly.

In case you are not familiar with modular arithmetics, adding and subtracting is just like you are used to, but numbers wrap around the modulus that in this case is \(5\). This is like the hours in a day wrapping around \(24\)! To do additions and subtractions modulo \(5\), just look at the small numbers next to the mathematicians and count clockwise when adding, counter-clockwise when subtracting. For example, \(3 + 3\) is \(1\) because if you start at mathematician \(3\) and you count \(3\) mathematicians starting from that one, you end up at mathematician \(1\).

Just for the sake of completeness, can you tell what mathematicians \(3\) and \(4\) will write down as their guesses..? Hint: none of them will get it right.

A piece of code for you to play with

I wrote a small piece of APL code so you can check for yourself which mathematician writes down its number correctly, just follow this link and change the numbers in the last line to whatever you like, then hit the arrow on the top to run the code:

I included the example from this blog post in the code, the 3 0 3 0 1 you can see above. The numbers that get printed show a \(0\) for every mathematician that fails and shows a \(1\) for the mathematician that guesses correctly.