In the end, you should have your piece of paper creased like this:

Except that your creases should be nicely centered, unlike the drawing I made... Oh well!

Now the challenge is the following: I am going to ask you to write the letters ABCDEFGH in the rectangles you created and I need you to fold the piece of paper in such a way that,

The only restriction is that you can't cut your sheet of paper! The point is to fold it, not to take a pair of scissors and cut the paper along the creases.

Give it some thought... and most important of all, try it for real with an actual piece of paper! Let me know how it went in the comment section below ;)

Tip: if you are having a hard time keeping track of which rectangle is which, consider also writing the letters on the back of the sheet of paper, but be sure to label them correctly; a single rectangle should have the same letter front and back!

Tip: if the paper is too strong and you are having a hard time manipulating it, consider scrambling it and then flattening again before continuing.

I heard of these from a friend and he learned about this problem by watching this YouTube video.

For this one, all you had to do was fold the paper along the horizontal line and then fold the resulting piece of paper like a concertina.

This one is much harder to explain in words so I made some more drawings and made some markings on the sheet of paper:

Now if you flip the sheet of paper (to the back) you also need these markings:

Now this is how you go about it:

In my opinion this one is easier to understand how it is going to work but it is much harder to do without ruining the piece of paper! Lets get to it!

Here is the front side with some markings:

Now here's how you do it:

And that is it! Almost. Now comes the hard part... Everything is fine, except H is covering your A, so the H should move from the top of the stack to the bottom... And the way you go about it is by turning the fold inside out, like if you were folding a sock (similar to what happens at minute 3:44 of this video)...

It took me a couple of tries to get this one right; expect your piece of paper to tear just a little bit... In fact, here's what happened on my first attempt: 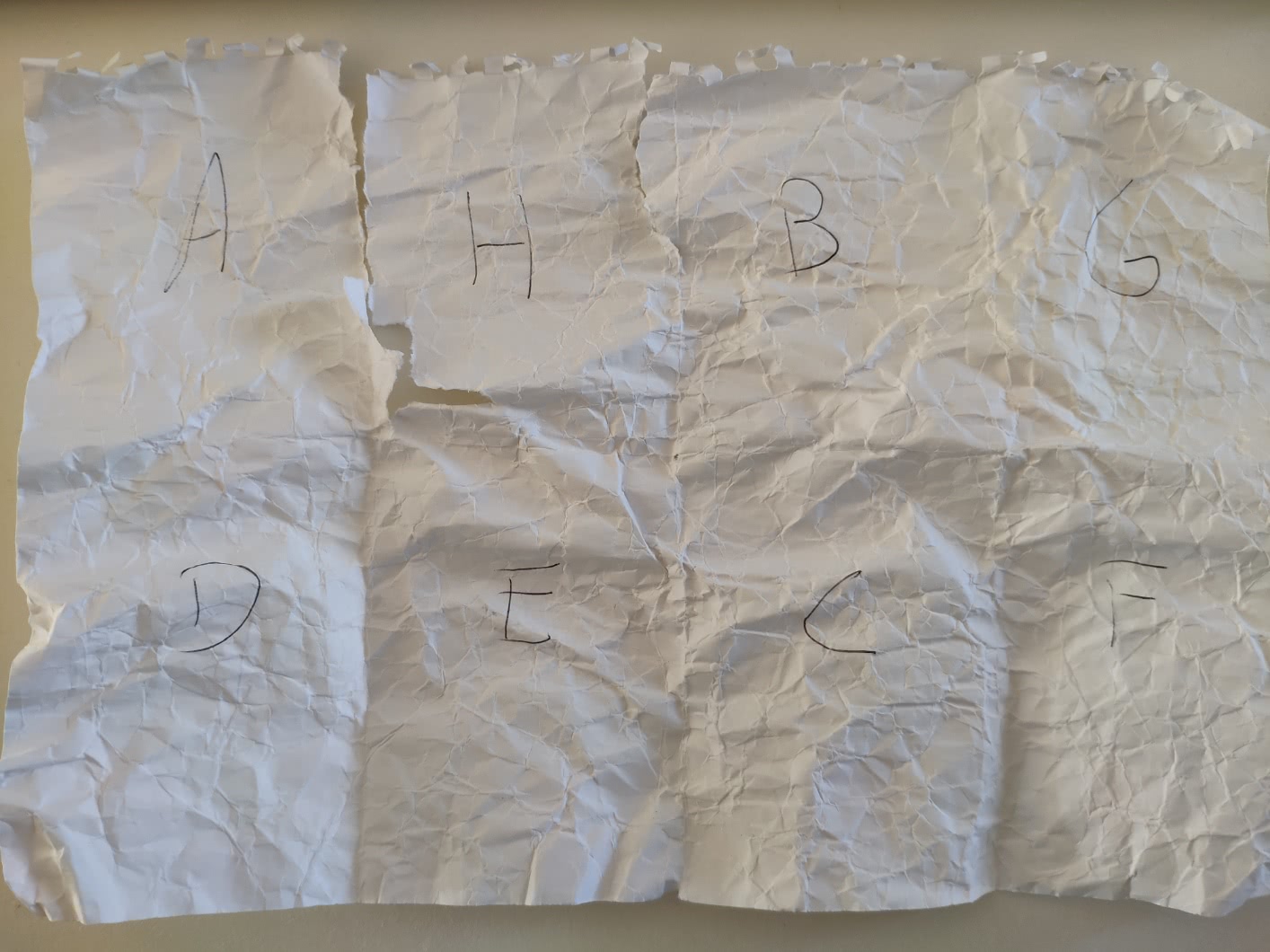 As you can see, the H was about to be completely ripped from the sheet of paper!

You didn't ask, but let me tell you I learned a lot of maths over at KhanAcademy.